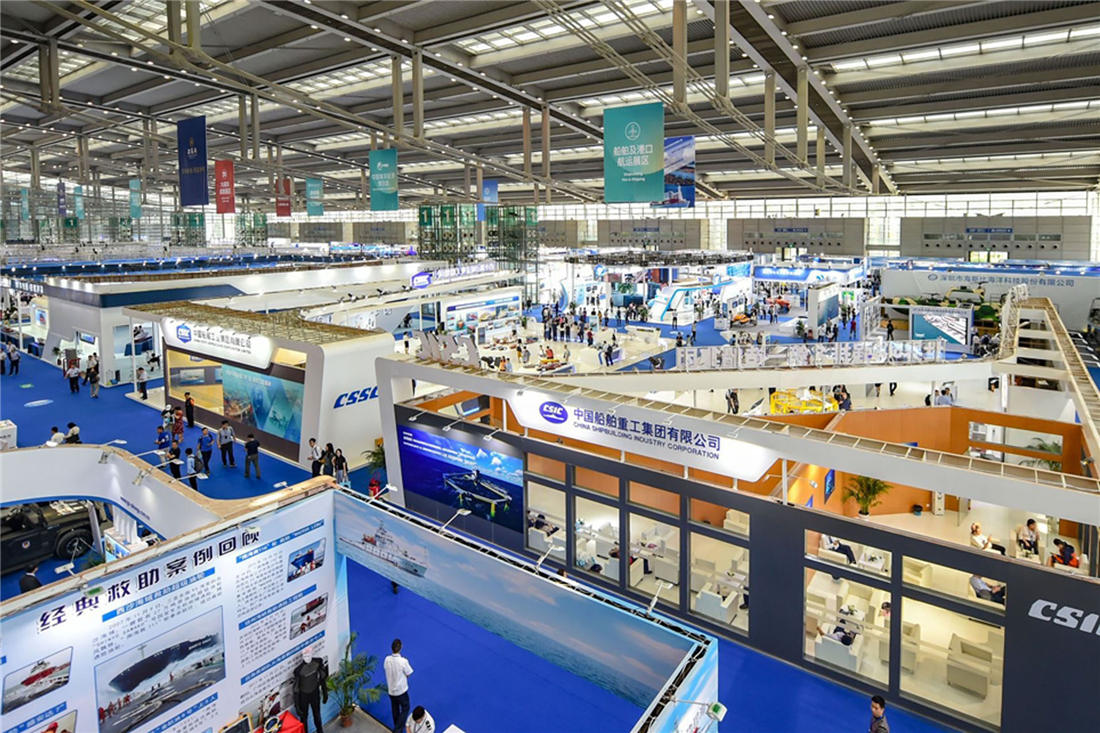 Visitors take an interest in a model of China’s first aircraft carrier, Liaoning, during the 2019 China Marine Economy Expo that opened at the Shenzhen Convention and Exhibition Center yesterday. Liaoning is China’s only aircraft carrier in operation and was refitted based on an unfinished carrier of the former Soviet Union. The refitted carrier was delivered to the navy in 2012. Sun Yuchen

PRESIDENT Xi Jinping sent a congratulatory letter to the 2019 China Marine Economy Expo, which opened at the Shenzhen Convention and Exhibition Center yesterday.

Xi expressed his warm welcome to guests from all over the world in the letter.

“The oceans play a significant role in the existence and development of human society. They provide a breeding ground for life, connect the world and promote development,” Xi said in the letter.

The letter was read out at the opening ceremony of the expo by Lu Hao, minister of natural resources.

He urged efforts to promote marine connectivity and cooperation in all areas, and develop a “blue partnership” among all countries.

Xi stressed the conservation of marine ecology, prevention and treatment of marine pollution, protection of marine biodiversity, and orderly development and utilization of marine resources, in a bid to leave a clean marine environment to future generations.

Xi said he hopes coastal countries will uphold the principles of mutual trust, mutual help and mutual benefit, and deepen exchanges and cooperation so that people all over the world can share the fruits of the development of the marine economy.

The opening ceremony of the expo was chaired by Shenzhen Party chief Wang Weizhong. Ma Xingrui, governor of Guangdong Province, Wang Hong, head of the State Oceanic Administration, and Alexandre Monteiro, minister of industry, trade and energy of Cape Verde, delivered speeches at the ceremony.

It is expected to attract 20,000 professional visitors and 455 enterprises and institutions from 21 countries, including 14 Fortune 500 enterprises.

Dubbed the “No. 1 maritime expo in China,” it is an important platform for the promotion of the transformation and industrialization of new maritime technologies and a high-end economic and trade platform for the enhancement of international cooperation in the marine economy.

The expo is scheduled to end tomorrow.